I feel like my life lately has been this crazy whirlwind of activity. Work, French, lunch with my sister, family nights on sunday, yoga with A, skype chats with M, counseling, Coffee Shop Thursday…I’m not sure where all my time is going but I’m not surprised I haven’t kept up with posting more and now that I’ve got myself in a somewhat quiet moment, I can’t seem to think of a particular topic. Instead, I’m going to give you a list of things that I’m really loving right now.

I saw this last night with my friends, Anne and Popstar, and as a Die-Hard Darcy fangirl, I was swooning (yes, swooning) when I left the theatre. To my credit, so was Anne. This movie…I just love it. I discovered Jane Austen with the release of the 2005 Pride and Prejudice, (you know the one, with Keira Knightley, and Matthew Macfayden and that first proposal in the rain?)

…And I’ve been an Austen fanatic ever since. How could I not see a movie inspired by the very fanaticism which I subscribe to? I even own a tote bag ridiculously similar to the one featured in the move poster! (I don’t know if I’m proud of that fact or not).

So Austenland, this movie was wonderful. The casting was perfect, the acting was flawless and for the record, I typically kind of loathe “rom-coms” but this one was an exception. Or maybe I just always make an exception for Austen-inspired things. Either way, this movie is excellent: 5 stars. Go see it.

My friend, Anne, happens to own this dvd and it’s incredible. There’s two levels, with the intention that one is supposed to be more difficult than the other but honestly they’re both pretty damn difficult- but they feel great. I’ve had other Jillian Michaels dvds but this one is one that I wouldn’t really mind doing everyday.

Guys, I thought I was poor as a college student and I’m not totally sure how I was wrong but I feel even more poor now. So naturally, any thing to help me save money? I’m all over it. Pinterest has been wonderful for this. After a certain amount of indecision, I decided to go as Hipster Disney Princess Belle.

What are you going as?

Guys, I don’t know where this handsome brit has been all my life but he was in Austenland and I died from fangirl feels. He pulled off the Regency Era garb just as smoothly as he rocks this leather jacket. Also I’m convinced he’s secretly (or distantly) related to Tom Hiddleston. I just see it.

Anne has been forcing me to watch this, and I really didn’t want to. I hate scary movies and the first two seasons? They looked so freaky! No way did I think I could do it, but I’ve seen the first two episodes and I have to admit, this season looks pretty intense…I think I’m hooked.

This season, the last several months, have been reinforcing for me how vital Change is to our lives. I’ve had some really wonderful experiences (like a year spent with incredible roommates) which I never wanted to end, but- and I hate to say it, because it’s so cliche- everything has to end so that you can embark on something new, something exciting, something to wake up your senses and shake down your soul. The best things in life are the ones that you savor while they’re fresh, but the most decadent cake won’t make your mouth water once it has turned stale.

My family has been going through some pretty big adjustments recently, and I thought that the determined solution was such a shame, that it was giving up. I’m beginning to see that I might have been wrong. There’s so much more optimism and positivity in our conversations now, the house feels cleaner and livelier. It takes change to realize you’ve been stuck in a rut, without direction or challenge, and really, that kind of stagnation can be absolutely detrimental to happiness. Interactions in my family have been far more copacetic lately, and that’s something that I can’t seem to get enough of.

This cardigan has been one of the best investments ever. It goes with everything and I can wear brown OR black boots with it! Astonishing. 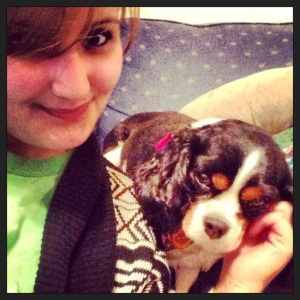 "We live in a world where bad stories are told, stories that teach us life doesn't mean anything and that humanity has no great purpose. It's a good calling, then, to speak a better story. How brightly a better story shines. How easily the world looks to it in wonder. How grateful we are to hear these stories and how happy it makes us to repeat them."
-Donald Miller